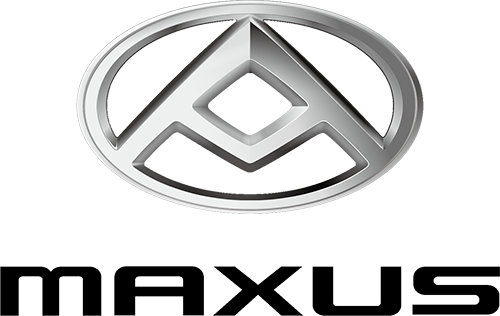 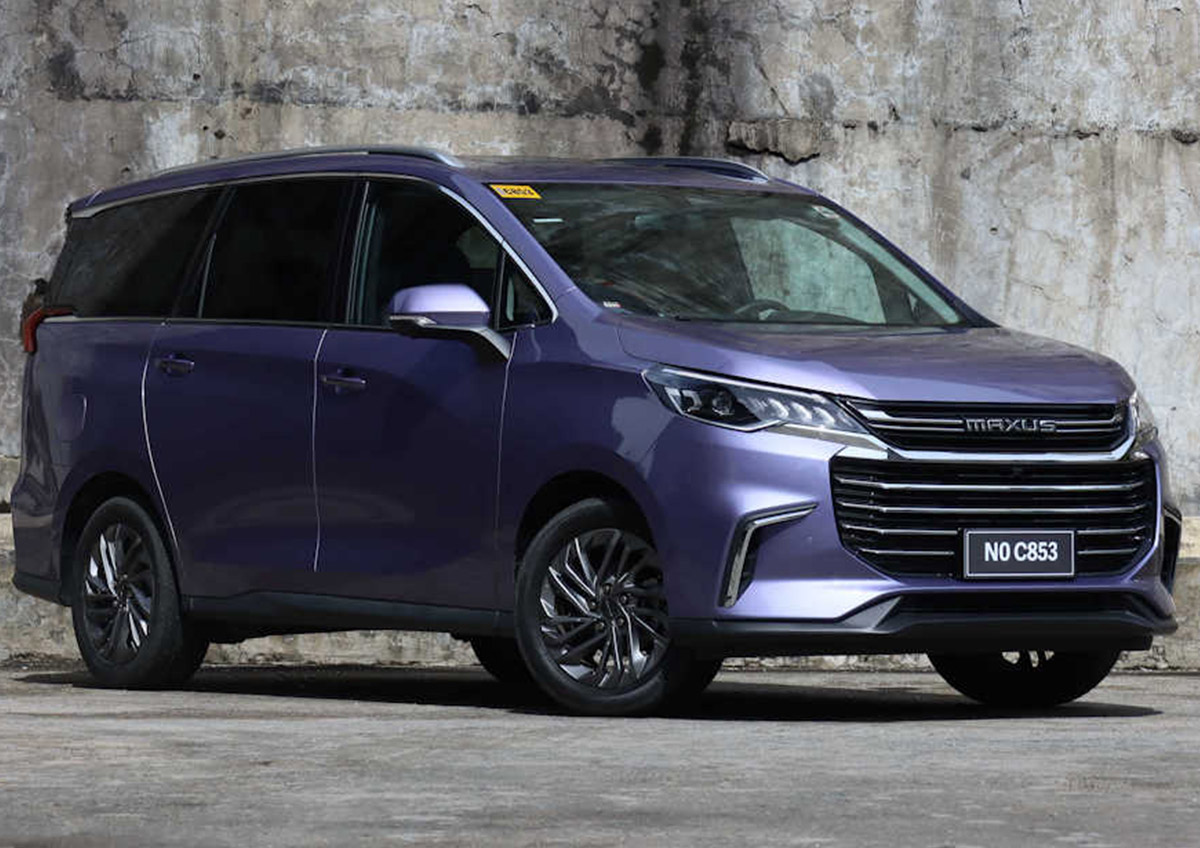 You rarely get excited driving an MPV. Even before you lay eyes on one, your mind is already set with certain expectations mainly being big in space, low on fun. Once in a while though, this segment produces surprises, and the biggest one yet is this: the 2021 Maxus G50. And while the nameplate doesn’t ring any bells just yet, it’s time to change that. It’s time to out this, not only as the best MPV you can buy, but one of the best new cars you can buy this year.

While there’s no mistaking that silhouette for anything but an MPV, Maxus has at least given it some pizzazz. Some may critique the design to be a bit disjointed, but overall, it works. At the front, there’s a massive grille giving it a touch of aggression absent in the typically sedate MPV segment. More importantly, it disguises the 1,800-mm overall height very well. Over to the side, the greenhouse (with rear privacy glass, mind you) is cleanly done, and so are the 17-inch alloy wheels which fill the arches nicely. The rear doesn’t carry the same “angry parent” look as the front; instead, it’s more straightforward, dictated perhaps by the need to have large tailgate. Regardless, it’s crisp and clean. 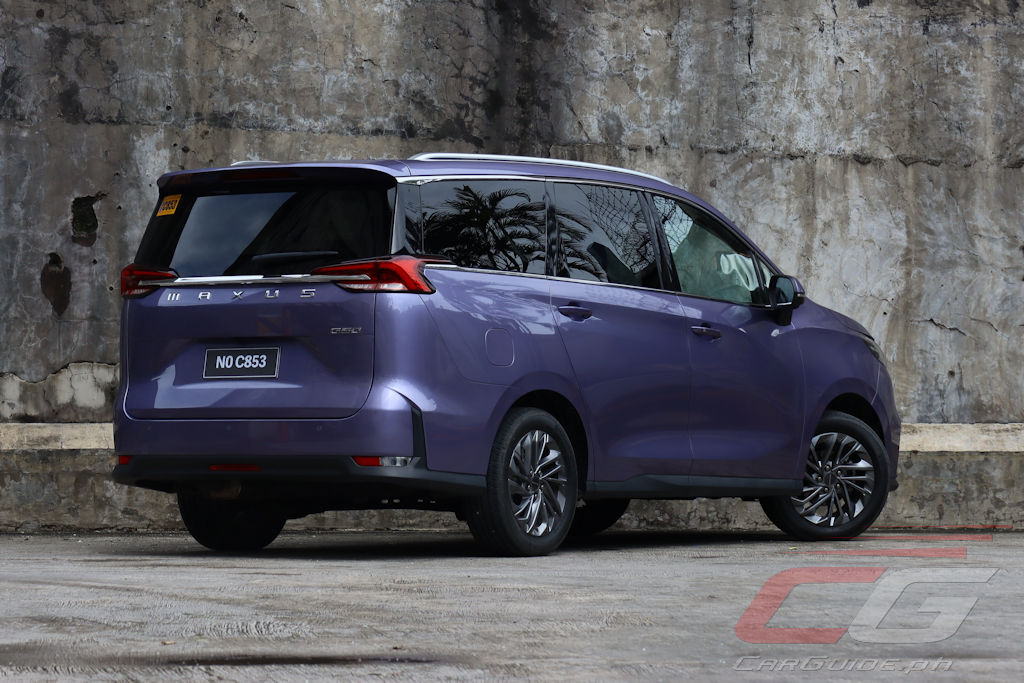 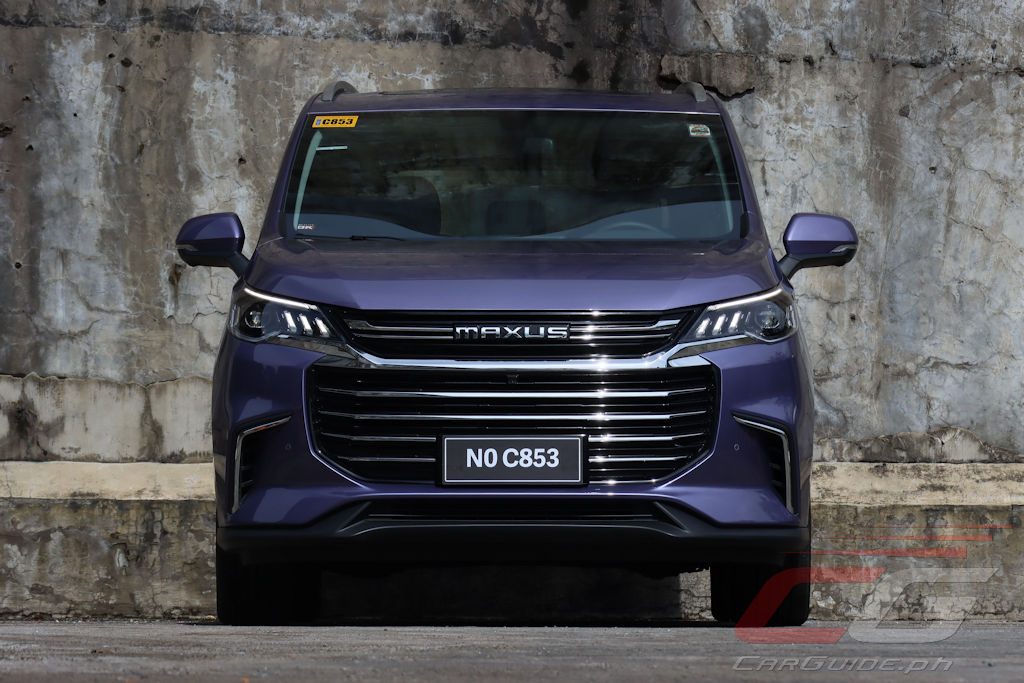 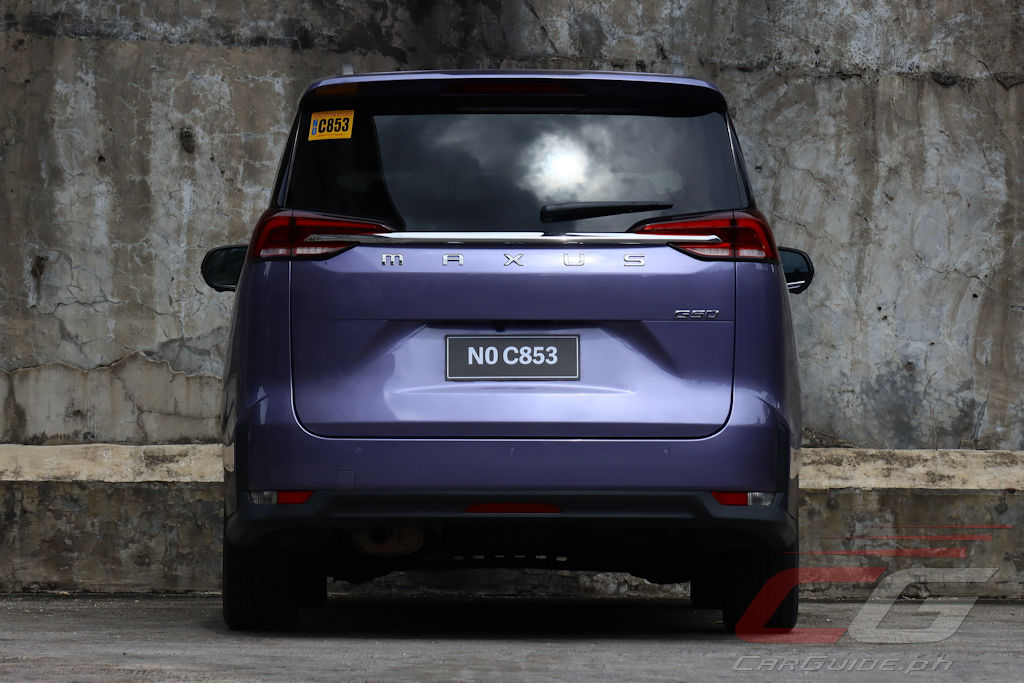 A glance or two won’t be enough to find anything wrong with the G50’s design. However, those with keener eyes will notice a couple, and get this, it only appears during inclement weather. Normally, a tall windshield such as the one found on the G50 necessitates larger wipers, right? In this case, they don’t. It seems Maxus simply plucked whatever they could find in their parts bin, and this leaves a significant portion of the upper windshield left unwiped at all times. The same issue could be said with the rear wiper. Positioned offset to the right, it doesn’t clean the rear glass well enough from the driver’s point of view. Along with the wipers, the LED headlights could also use some work. The beams don’t provide enough night-time illumination especially during a rain shower.

Climbing aboard the G50 is surprisingly easy. It’s friendly to kids and geriatrics alike with its low floor and height ceiling. Once inside, the driver is treated to a surprisingly sporty-looking cabin. The black and red motif for the Premium model won’t please everyone, but it’s great to see Maxus taking some risks with their colorway choices. Poke around and the cabin’s excellently built. There are pinches of soft-touch plastics here and there, but for the most part, it’s the well-damped switchgear and convincingly done aluminum applique that enables this MPV to standout. 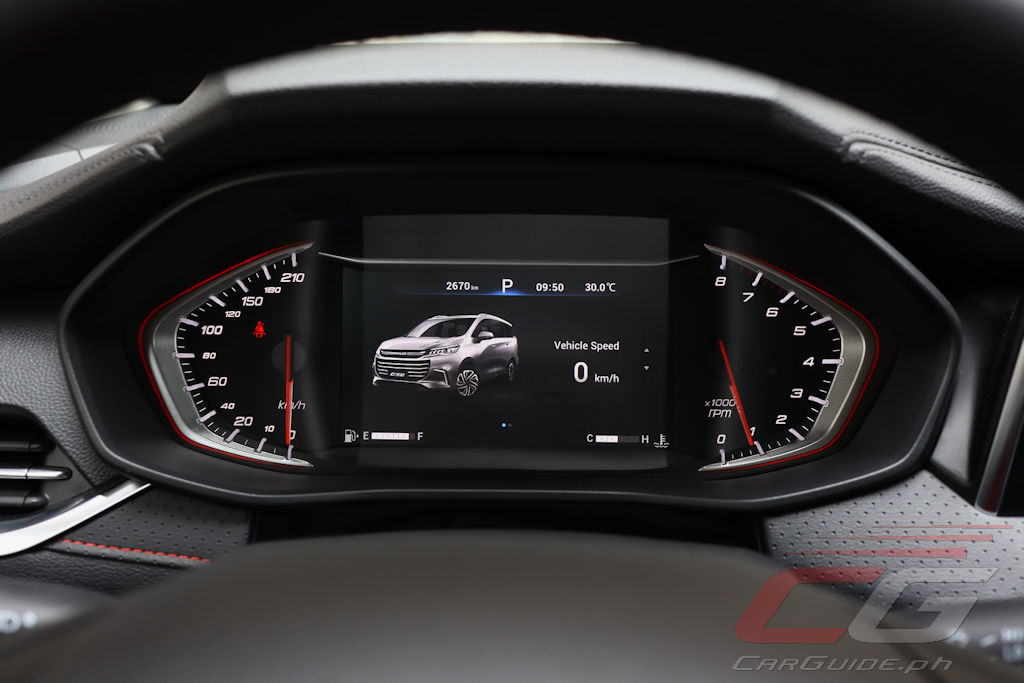 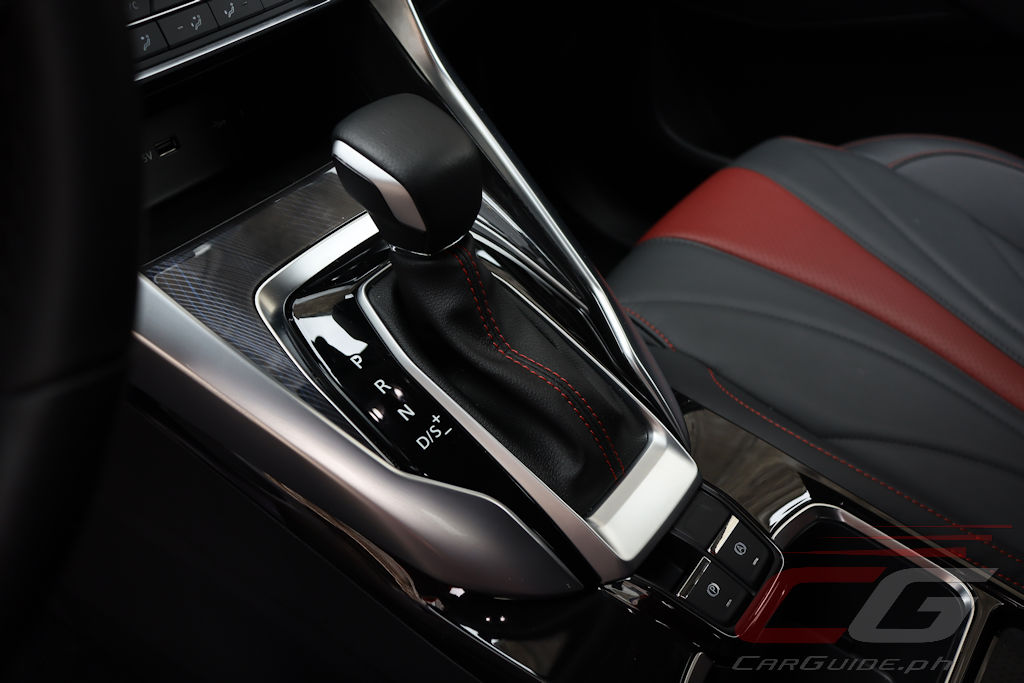 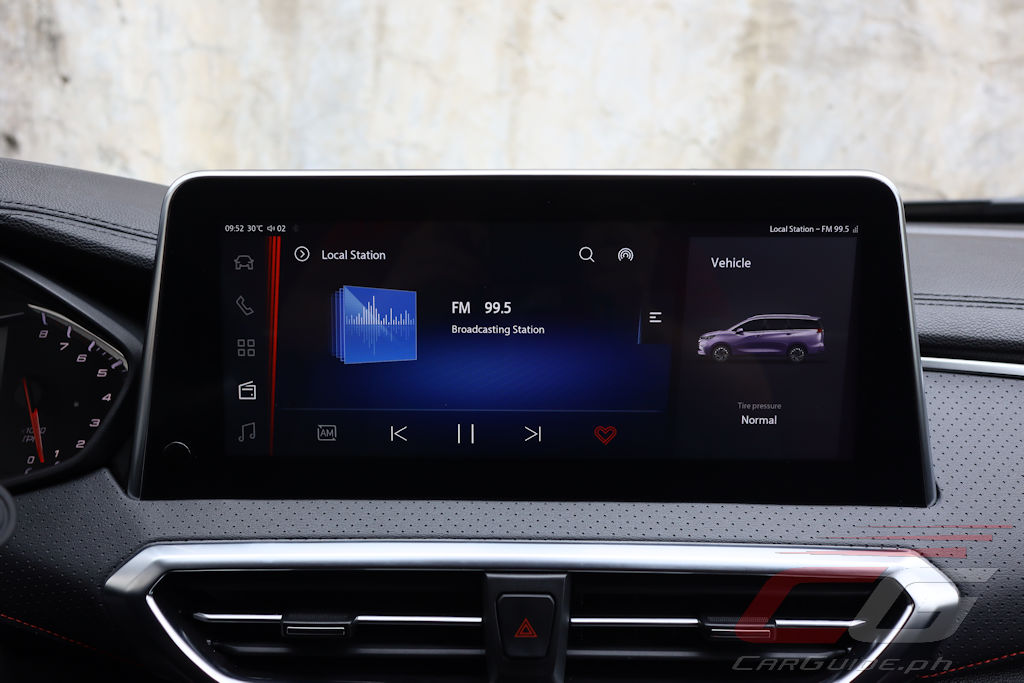 In terms of interior space, the G50 is one of the best, if not the best packaged compared to other MPVs and even mid-sized SUVs. It offers eight genuine seats, each one with individual headrests and three-point seatbelts. Head, shoulder, and knee room aren’t compromised in anyway with occupants from first to third row all treated well equally. It’s a given that the first two rows would offer great room, so it’s at the third row where the G50 springs a pleasant surprise. Occupants here are treated not only to proper seatbacks, but their knees aren’t scrunched up during road trips. Moving back still, the cargo hold is already big enough for groceries with the third row up, but with the third row down, it can load its fair share of balik-bayan boxes and luggage. It’s worth noting though that the power tailgate operation though is a bit on the slow side.

With the exception of the large windshield, the G50 doesn’t give the impression that you’re driving an MPV. The driving position is absolutely spot on, while the driving controls are all laid out in an ergonomically-sound manner. The instrument cluster, with its vertically-resting dials and counter clockwise tach, is playful but easy enough to understand thanks mostly to that large LCD screen in the middle. The seats, particularly at the front offer excellent support. The driver is also treated to a commanding view of the traffic around him. 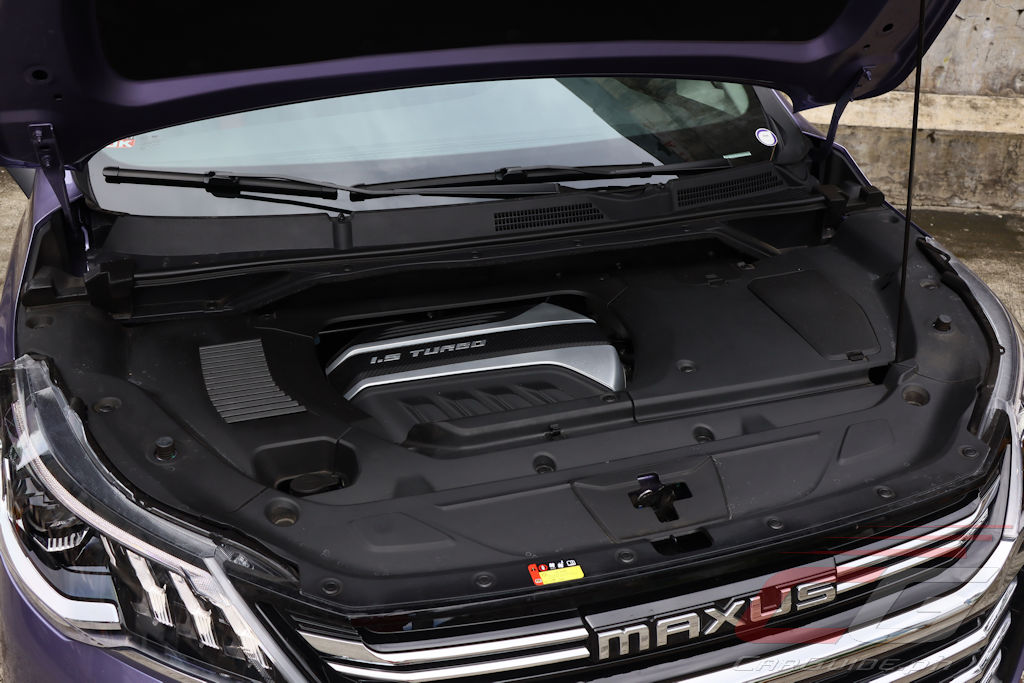 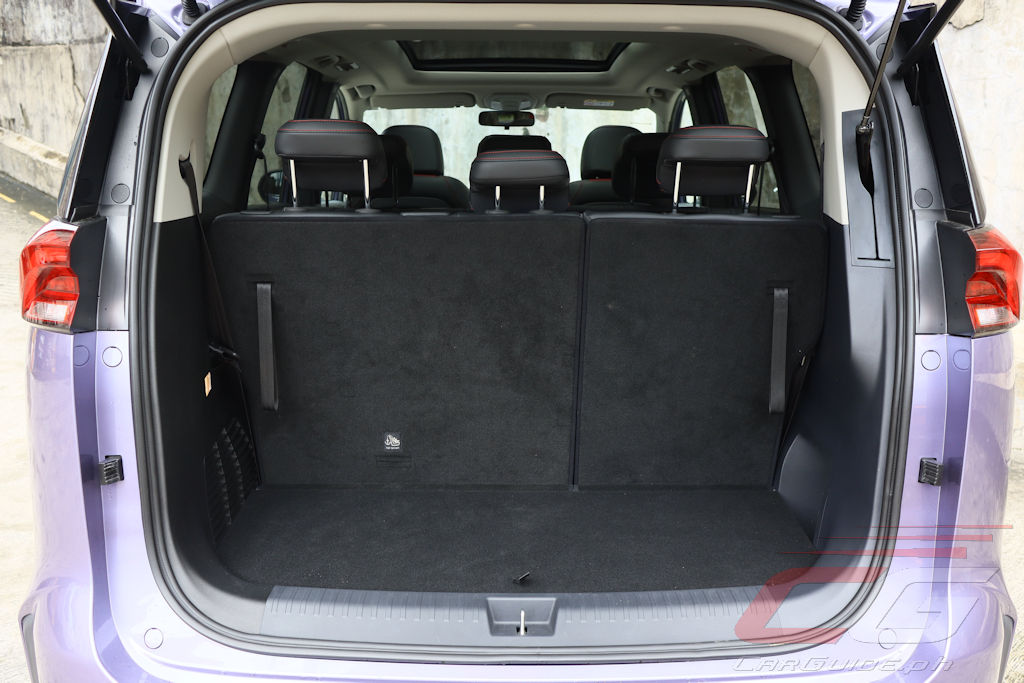 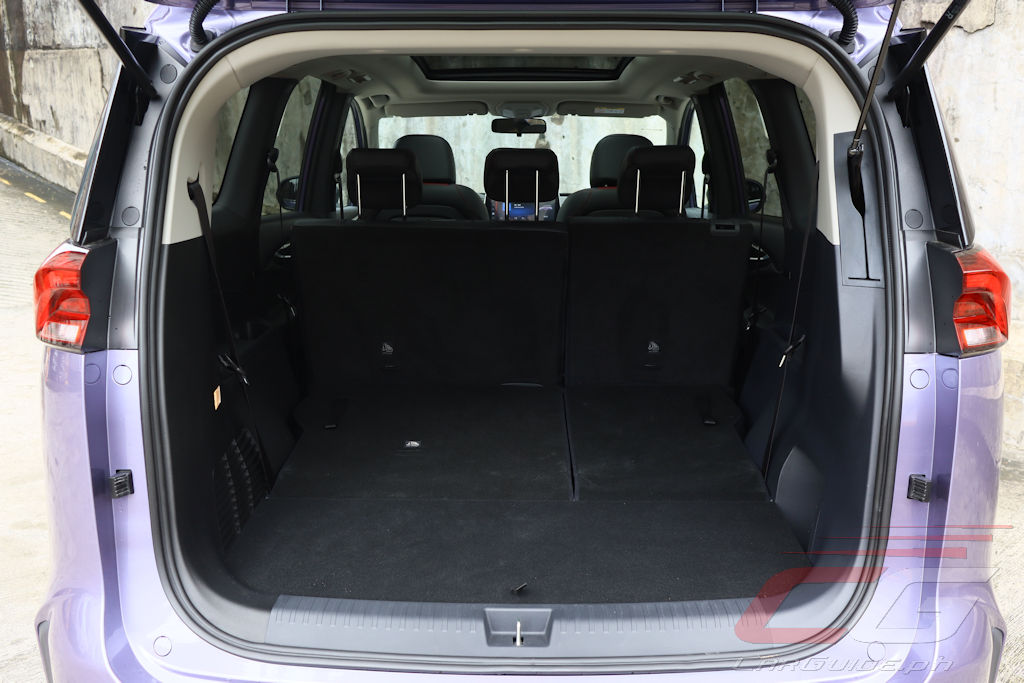 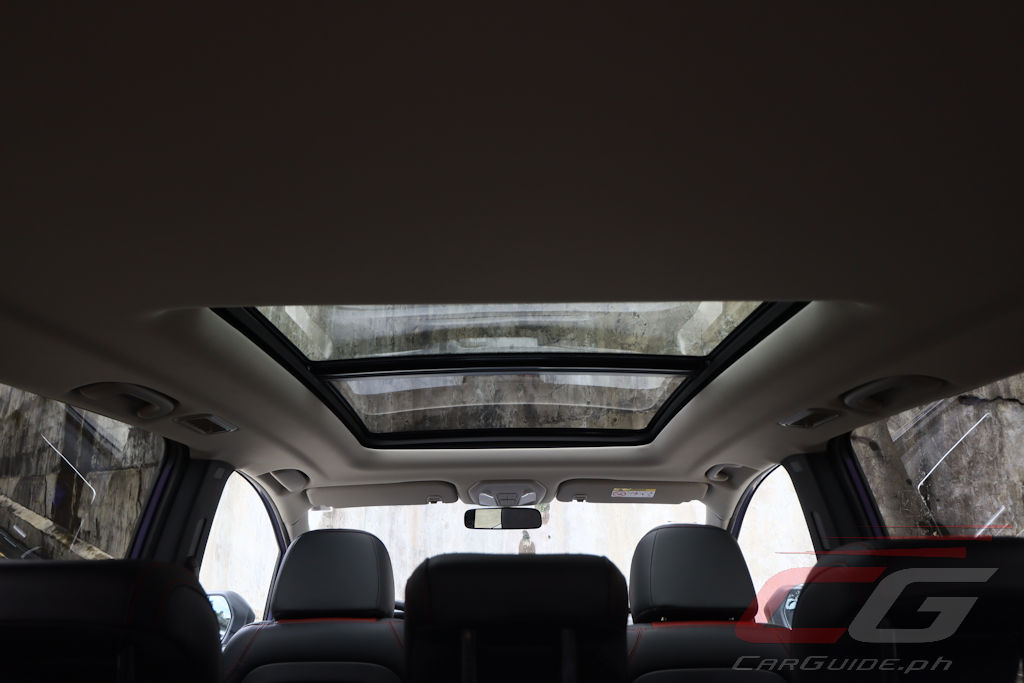 The “floating” 12.3-inch infotainment screen, and its Android-based system is also easy enough to use, although it’s not without compromises. Some were made clearly for design such as requiring drivers to swipe down on the screen to access the volume control (it has standard steering wheel-mounted controls though). The biggest problem here though is the lack of Apple CarPlay and Android Auto.

Going back to the subject of driving, this is one of the G50’s biggest strengths, and one that helps set it apart from other MPVs. While its on-paper power outputs fall short of the Innova—169 horsepower vs 171 horsepower, 250 Nm of torque vs 360 Nm of torque, the Maxus’s lower curb weight—1,595 kilograms vs 1,825 equates to an 11 percent power-to-weight ratio. This difference is felt almost immediately with the G50 feeling always light on its feet, accelerating more like a passenger car than anything else. In addition, the aural quality of the boosted 1.5-liter motor is pleasing with some turbo whooshes at high speed thrown in. 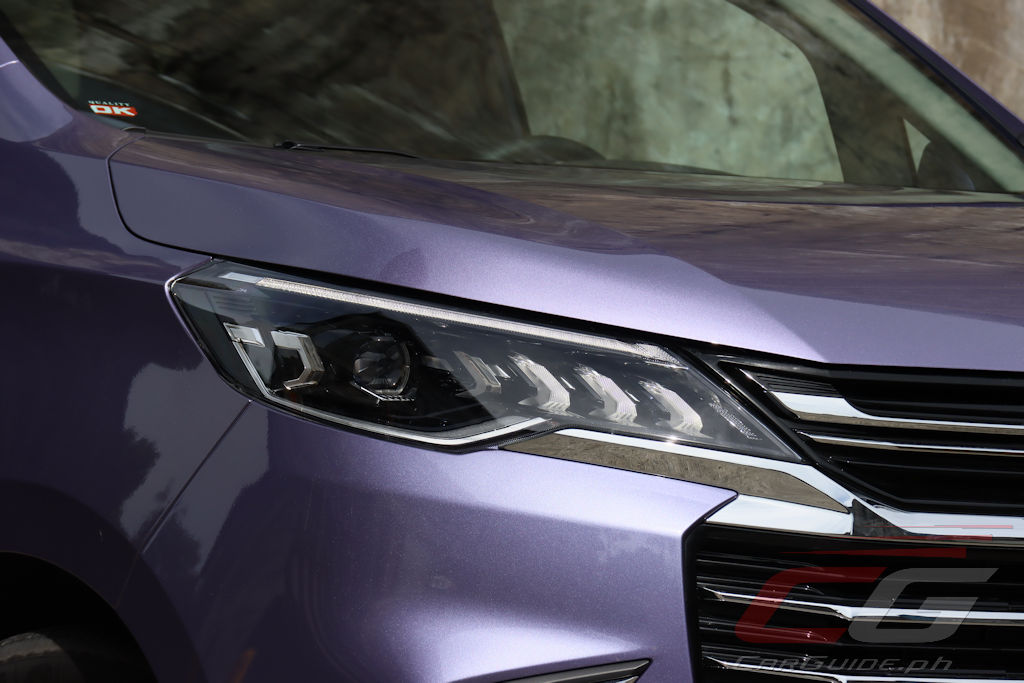 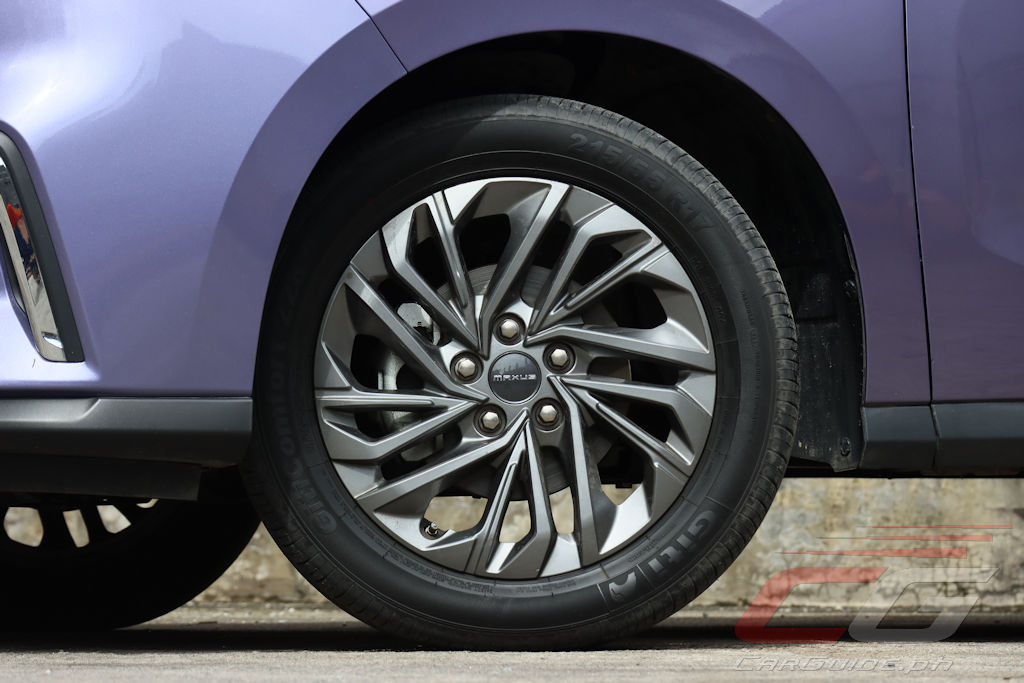 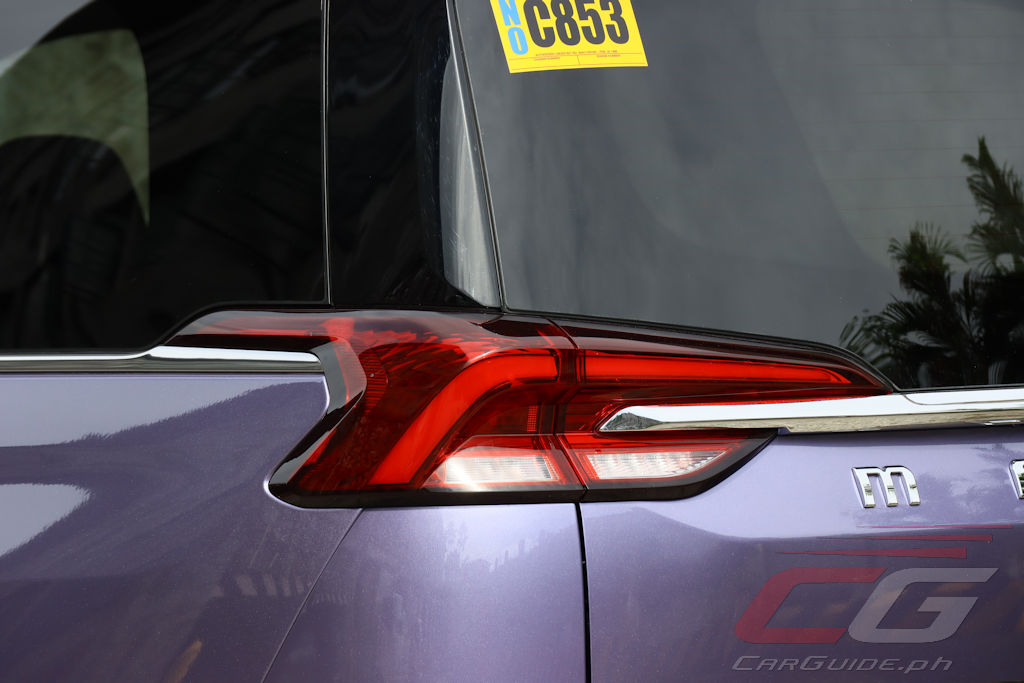 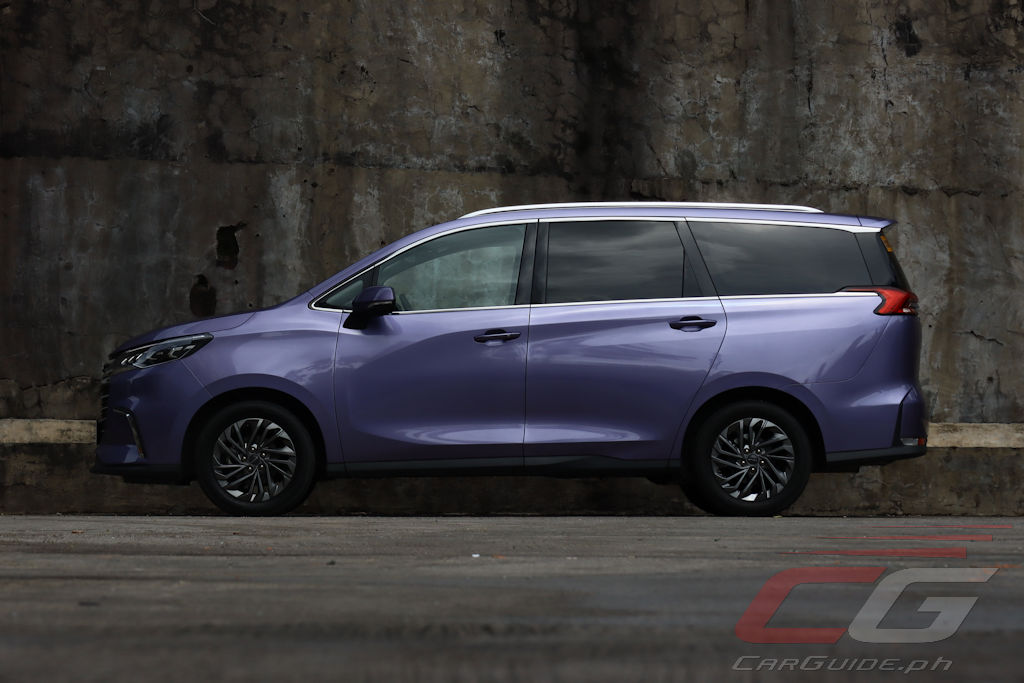 Mated to the engine is a 7-speed dual clutch automatic. Bathed in oil (wet-type), it turns all expectations surrounding a DCT on its head. It’s easily the best such gearbox you’ll find in this price range, and this includes those used by the Germans. The shift quality and refinement are excellent and at times, will make you mistake it for a typical torque converter. Stop-and-go traffic won’t faze it; it always seems to find the right gear at the right time. It also seems to keep fuel economy up to a reasonable level with 8.84 km/L at 16 km/h. Naturally, the decision to tune the gearbox for heavy traffic does come at a cost, and that’s with its erratic straight-line behavior when pushed. All that smoothness goes out the window the moment the accelerator’s pushed. At these times, the DCT will throw down gears which such force that the driver and passengers will get rocked continuously.

The G50 also exhibits excellent drivability. While it can’t overcome the laws of physics—it will tip and understeer its way through bends—the softly-sprung chassis manages to feel composed in all but the most extreme cornering situations. Noise, vibration, and harshness is controlled though some tire noise do intrude into the cabin at higher speed. It also manages to soak up most ruts and bumps thrown its way, but there is noticeable chassis flex making the ride less than opulent when going over undulating surfaces. 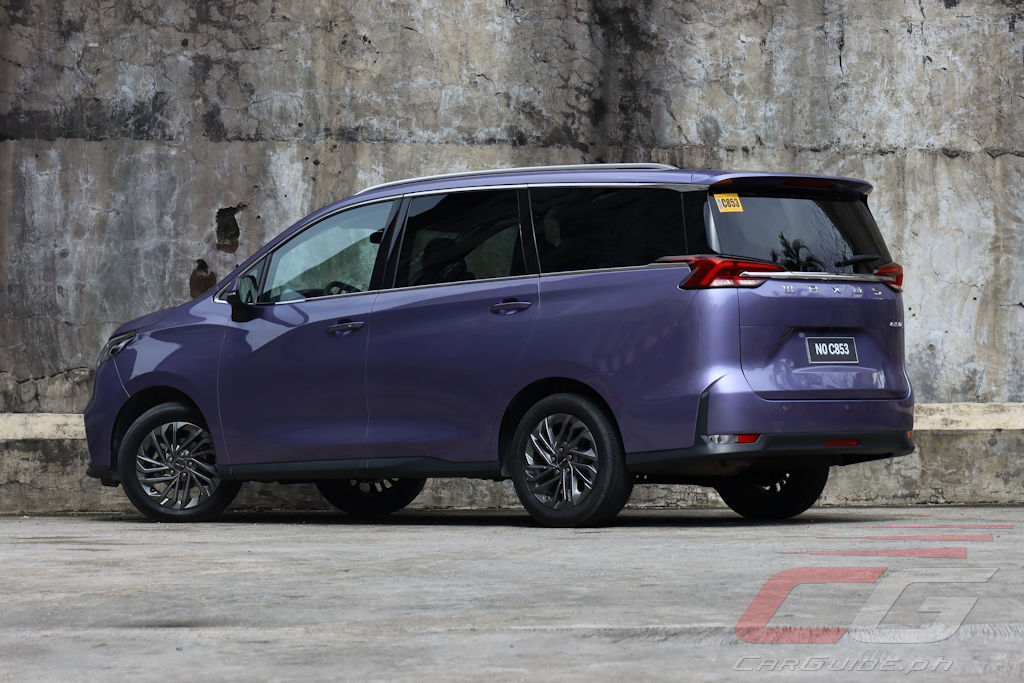 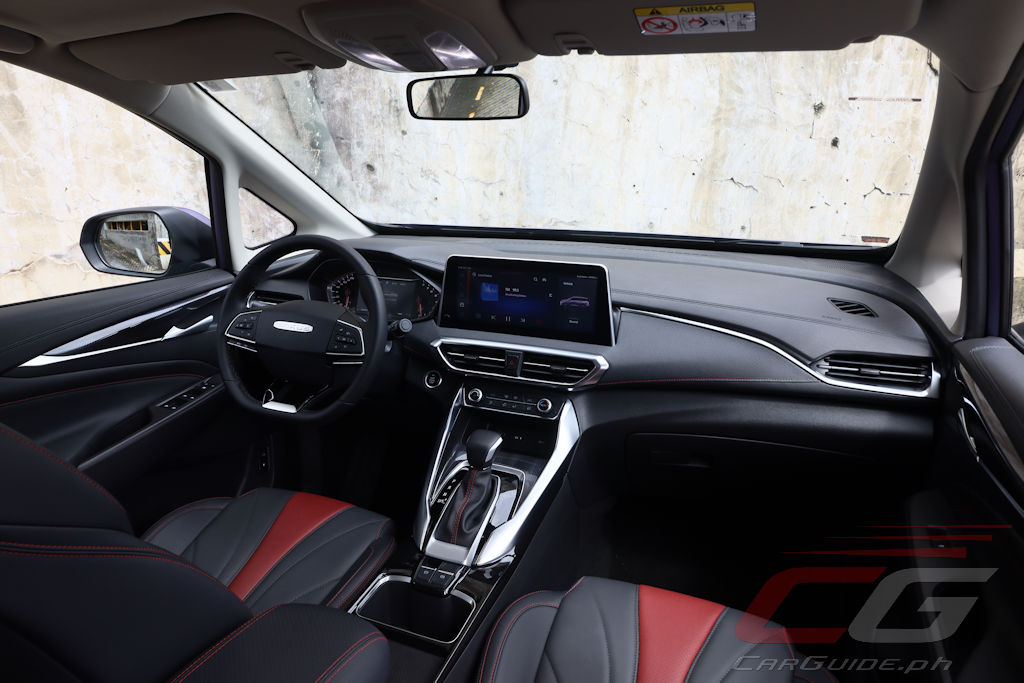 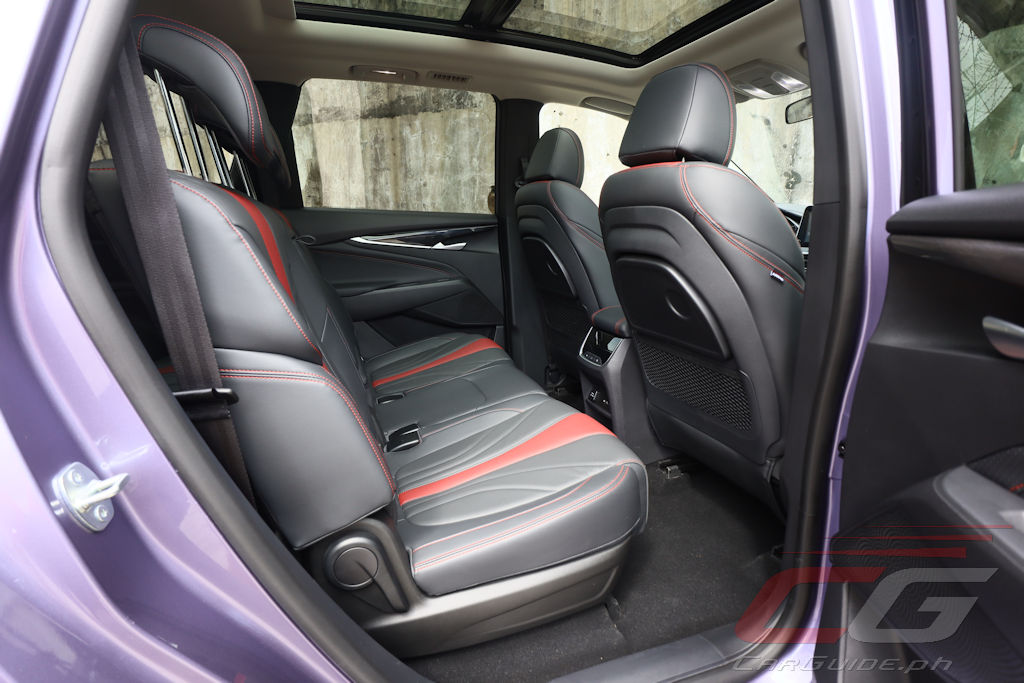 On paper, it’s designed to compete with the industry’s benchmark, the Toyota Innova. Yet, despite being similar in size and packaging to Toyota’s MPV, the G50 is casting a much wider net. The 1.068-million starting price (P 1.288-million for this top-of-the-line Premium) means it’s within the ballpark of MPV-ish SUVs a size smaller like the Honda BR-V and Mitsubishi Xpander Cross. It’s also squarely in the middle of Chinese compact crossovers along with the Geely Coolray and Ford Territory, as well as traditional compact sedans like the Honda Civic and Toyota Corolla Altis.

With such a wide and potentially overlapping market segment up for the taking, Maxus needs to get a lot of things right in order to stand out; and get those right they did. Aside from its clean design, wonderful packaging, and good road manners, the G50 comes out guns blazing when it comes to features. Apart from the obvious lack of smartphone connectivity, it has pretty much everything else from a 360-degree panoramic camera, a panoramic sunroof, front and rear parking sensors, and even a good list of safety features. In short, the Maxus G50 has done their homework, and has scored an A+ as a result. 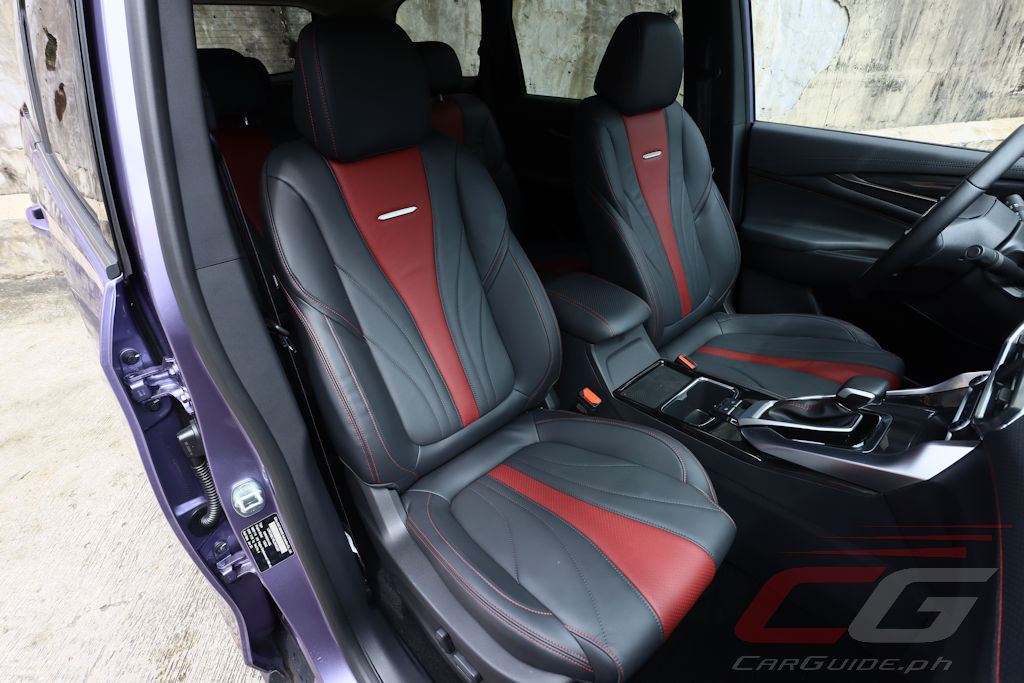 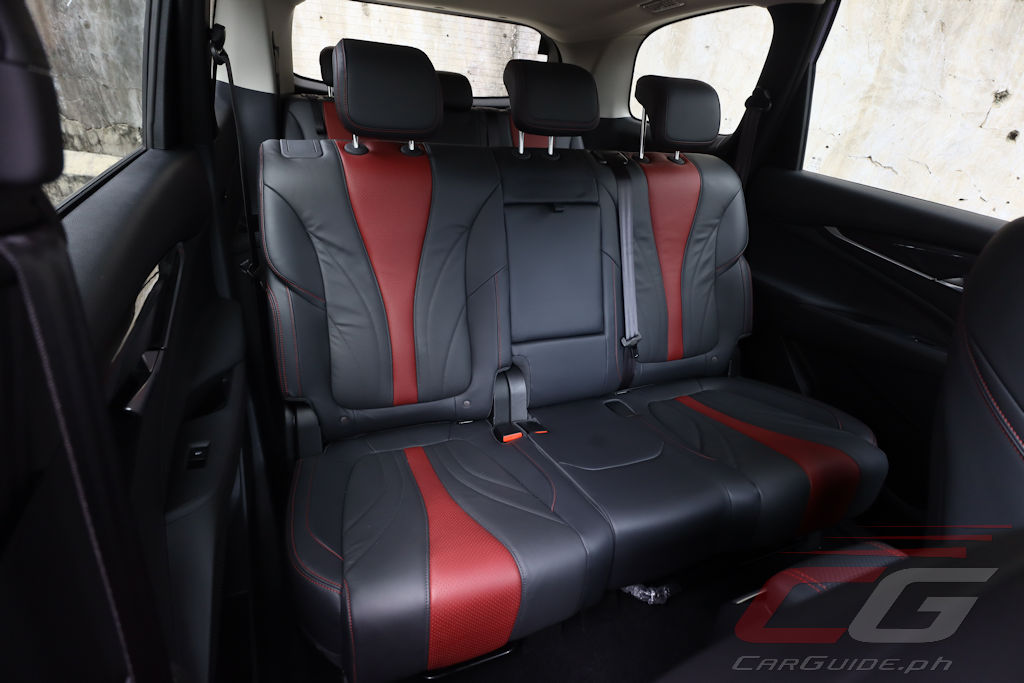 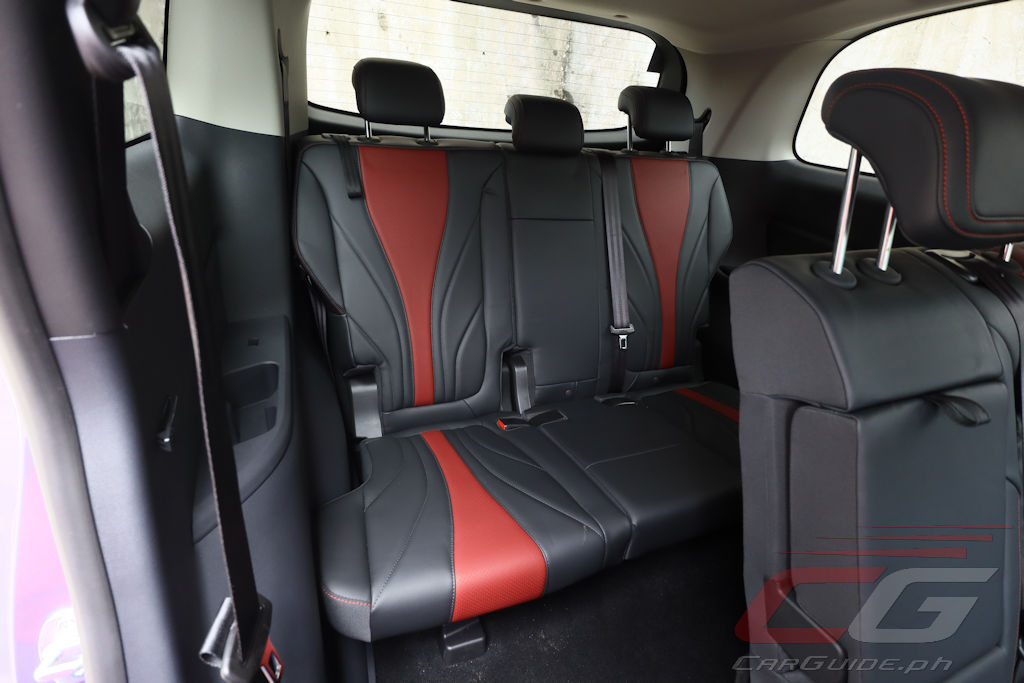 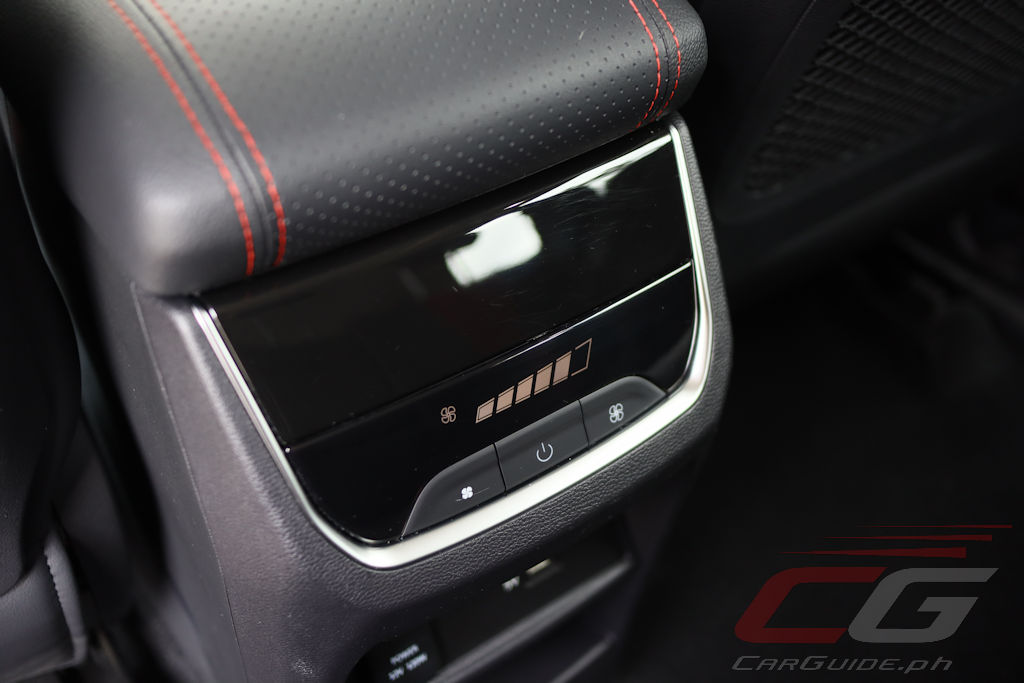 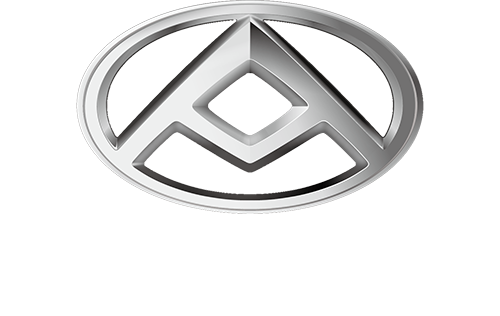